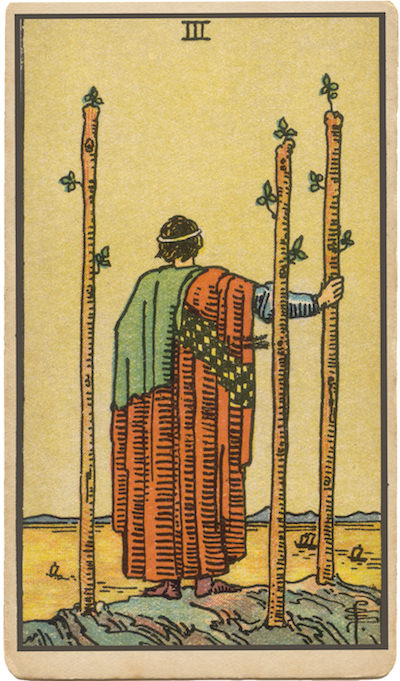 Shadow: Procrastinating. Knowing what to do, but refusing to do it. Launching a project without a clear definition of who should do what. Rejecting an opportunity to try something new. Failing to finish what you start.

Affirmation: “I take the steps necessary to put my plans in action.”

Story: The Main Character’s initial plans are laid and launched.

Relationships. Knowing what you want or need does you no good if you don’t come up with a plan for achieving it! It’s time to expand your horizons: go places you’ve never been, try sports you’ve never tried, meet people you’ve overlooked. As your world expands, so do your opportunities.

Work. Lead by doing. Forge ahead with your plans, but don’t forget to show others what you’re doing and why you’re doing it. Be proactive, brainstorming obstacles and minting solutions before breakdowns occur. Define very clearly your criteria for success and measure progress daily.

Spirituality. Rather than look for a guru or a well-worn path, take the spiritual initiative. If you could express your spirituality in any way, what form would you choose? If you could worship anywhere, where would you go? Break the mold. Remember: bearing new fruit takes time.

Fortune Telling. You’ll be planning a trip soon. Be on the lookout: your ship is coming in.

When? Between March 31st and April 10th.

A Wand in Hand. In RWS-inspired decks, this card often depicts a merchant and three wands. Two (the number of duality) have been planted in the ground, but one (the “starting point”) is in hand—suggesting the time for debate has given way to a time for action.

Distant Ships. In the background of RWS illustrations, this card often features ships sailing toward the horizon. In The Pictorial Key to the Tarot, Waite says these belong to the central figure, who sends them out to do his bidding.

The Marseilles Image. The two Wands from the earlier card are joined by a third, decisive Wand. The crossed purposes of the Two must now give way to the clear intention expressed by the Three. Have you clarified your own goals?