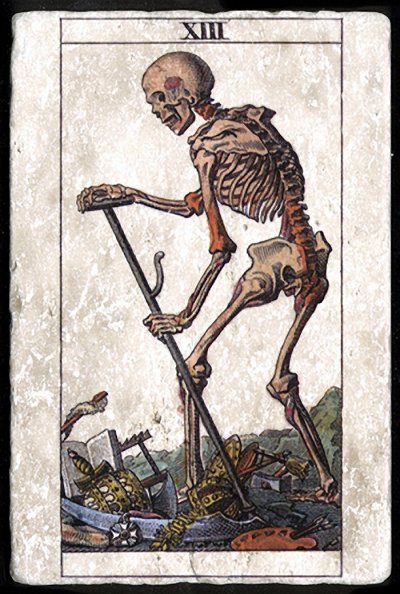 An odd little tale in the Savannah Morning News: six months ago, county school superintendent Randy Shearhouse received two Tarot cards — Death and The Fool — in the mail. As it turns out, these were sent by the husband of a Bible-(mis)quoting board member who now claims the cards were a message telling Shearhouse to “think about the way things were being done in the school system.”

Jimmy Helmly — the board member’s spouse who sent the cards to Shearhouse — says the Death card was meant to indicate that change was needed, while The Fool was mean to point out Shearhouse’s foolish decisions.

Given that other board members voted to extend Shearhouse’s contract, they apparently disagreed with the Helmly’s interpretation of the cards.

What do you think? Would receiving The Death card from a political rival prompt you to think about changes you needed to make in your decision-making process … or would you take it as a threat? Does a pairing with the Fool card make any difference in how the message would be received?